Dmitry Epstein always writes wonderful thought provoking reviews, and his take on the Pandor album is no exception. Read it on his website and read why he says that “in the absence of extremes, variety could save the day here; as it is, the project’s nature is cryptic indeed”.

Gabor from Strutter has written a short review on this page. With a pleasing 7.6 / 10, happy with his words. 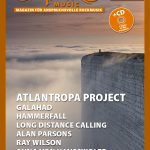 German Magazine Empire have written a nice review of my album. 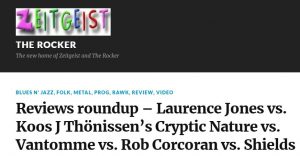 UK site The Rocker wrote a very nice review of the Pandor album. Good to see that there are people getting the total picture.

Dutch site RockPortaal have done an excellent review of the album. The original is here, and with help from Google here an English translation:

Are rock operas in 2017 still of this time? I do not know if Koos Thönissen himself ever asked this question. Regardless of whether he asked himself this question, he does give the answer. That answer is his very ambitious double album Pandor. A rock opera with 100% Dutch make. Or rather: Limburg-made. A rock opera where blood, sweat, tears and four years of work have been put into it. And you can hear that.

Koos Thönissen is a songwriter, bass guitarist, guitarist and singer living in Limburg. At some point he decided to change course and at the top of his bucket list he created the complete creation of a rock opera himself. What followed was a one-lane road with footsteps and clamps. But the self-taught Thönissen persisted, straightened his back more than once and completed his quest. Partly thanks to the help of a bunch of friendly enthusiasts, musicians and vocalists.

The story of Pandor is set in the time that dragons rule the earth. The dragons are the guardians of the balance and the guardians of the living beings. They live in the high mountains called Aenoor and reign in the air. They maintain a special bond with the unicorns. These live in the lush green forests of Glynyd. But the Molgar live deep underground, in caves and caves. A primitive and aggressive people that would later evolve into man. The Molgar’s are based on the immortality of the dragons. They cause conflicts when they come out of their holes after sunset. After a meteorite destroys the capital of the Molgar people, they hold the dragons responsible. They are seeking revenge. That comes after an apocalypse destroys Aenoor virtually and the dragon population falls apart. Then Pandor is born. The orphaned dragon, whose father was imprisoned by the Molgar, is saved and brought up by the unicorns. Unicorns see the hope for a better future in Pandor. Then Pandor meets another orphaned dragon, Tayla. A female. Although raised by the dragons, a special bond arises between them. Tayla teaches Pandor the lessons of life and even secretly falls in love with him. Thanks to the wise lessons Pandor’s skills grow quickly. He becomes a great strong dragon with respect. The new leader of the dragons.

Then the dragons unite in their ultimate goal: restoring the old order and understanding. But especially justice. With Tayla at his side, Pandor leads the troops in their attack on the Molgar’s. The Molgar’s are successfully driven back into their caves and caves. They come to repentance and realize their cowardly act at the time. They do not get the secret of eternal life. And with that, Glynyd and Aenoor have also been restored.

The story written completely by Thönissen has been translated into music in a breathtaking way. Scattered on two CDs are 14 songs with a total playing time of 83 minutes. Thönissen then takes care of all instruments (including mandolin and didgeridoo) and some vocals. Occasionally he is assisted by Jeroen van den Biggelaar (guitar on Certamen Ultimus) and Ron van Rhee (flute on Consulting Cerna). Larger (vocal) roles are assigned to five female singers. The story is spoken in an sometimes theatrical way during this album by Ian Jillings. These spoken documents are not separately indexed. And to give the story extra visual power we hear the dragons roar.

I leave out the discussion of the individual numbers. Be surprised by brutal guitar work on songs like the long and stirring Gol Matoo, including grunts and the hardest song Ael Hathor. And especially the war number Certamen Ultimus. Let yourself be swept along symphonic pieces full of beautiful keyboards such as opener A Dragon’s Tale, Glynyd, the second part of Gol Matoo and the beautiful Consulting Serna. But also on the power metal number The Meeting. Especially enjoy the female vocals on Pandor’s Adoption (with beautiful vocals that sounds like Margriet Boomsma from Flamborough Head) and The Prophecy / Tayla’s Mission. But also the lover of polyphonic singing comes into contact with Aenoor. In terms of vocals it reminds me of the German High Wheel. Actually there is something for everyone on this double CD.

Are there no downsides? On this album several vocalists participate that take care of the various characters. Somewhat too bad I find that the CD booklet does not mention in which songs these characters sing. Although you can sometimes make that out of the text when you follow it closely. But this is only a minor smet.

Finally, I come back to the question where this review begins. Are rock operas still in this year in 2017? After listening to Pandor on several occasions, I answer this question with yes.

Your Music Blog on Pandor:

Your Music Blog have written about Pandor! You can read it here. 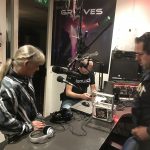 Recently Koos and Peter (who runs Rock Company) visited the Prog X Grooves Studio in Abcoude, near Amsterdam in the Netherlands. Not only to talk about the album and get the song Glynyd played on the radio show. But also because Pandor was chosen as a winner in the 2017 Awards, in the category concept album!

It was a fun evening, with many of the award winners present in the studio. We thank Pieter for inviting us!

Some more pics below: 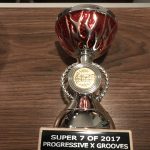 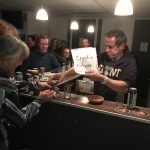 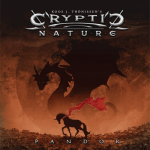 Since Pandor is officially released now, here some tips on where to find it:

In the next video you can sample several tracks from the album. You can also see all the guests and other relevant info about it.
And please remember there is only a week left to benefit from pre-ordering it on Rock Company!

Exciting news! the pre order for the album has arrived at Rock Company. And the best thing is, order now and not only will it be sent out in October (official release is October 27), you will also get a discount!

So, do no longer hesitate and head on over to the webshop!

Oh, on iTunes there will also be a pre-order soon, with an instant download of the track Glynyd!

Thank you for your support!